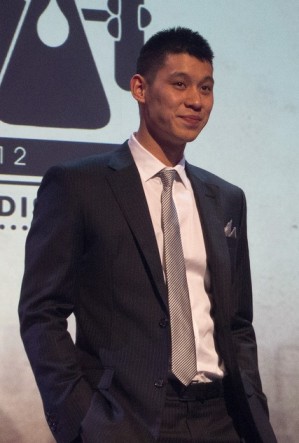 Not many players capture the attention of the entire league, or arguably the entire nation for months on end, especially during the regular season.  But last spring, amid injuries to superstars Carmelo Anthony and Amare Stoudemire, the New York Knicks managed to find a player to not only save a season in doubt, but rejuvenate a franchise moving forward.

That man, Cinderella-story Jeremy Lin, brought upon a wave of Linsanity not seen since the days Michael Jordan would regularly dominate the headlines.  Yes, I’ll admit guys like Kobe Bryant and LeBron James are superstars and generally dominate the world of highlights and news clips, but for a good month or two, no one was talked about more than Lin.  The guy went from a bench player to a star overnight, on one of the biggest stages no less.

Still, many doubted the 23-year-old from Harvard due to his limited success after the return of Anthony and new head coach Mike Woodson.  After all, 26 (brilliant) games aren’t enough to bank on a future point guard and a back-loaded salary now is it?

These are the discussions careening all over the Internet following Lin’s recent signing with the Houston Rockets for a reporter 3 year/$25 million contract that the Knicks had the opportunity to match.  In hindsight, paying Raymond Felton a 3 year/$10 million contract might look better on paper, and in a big market town like New York, you already have Anthony, Stoudemire, and even Tyson Chandler to market out after his upcoming stint with the U.S. Men’s Basketball Team.  What’s the harm in letting the guy walk?  After all, he was injured come playoff time and hasn’t proven to be durable over the course of an 82-game season.

If you’re a Knicks fan, that’s what you should be thinking.  But let me hit you with some knowledge: the Knicks front office, spearheaded by James Dolan, made a bad move.

Lin, an overnight sensation with clear marketability and upside, was left to walk for nothing.  Instead of trying to resign Lin, a crown jewel let go by the very same Rockets now offering him a fat contract, Dolan grew selfish and jealous at Lin’s openness to resign a deal that went from $4 million to $15 million in its third year.  According to Frank Isola of the New York Daily News, New York’s front office, which had repeated time they were willing to match any offer thrown Lin’s way, had gotten upset and betrayed at Lin’s audacity to work with the “enemy.”

Houston cannot be blame for throwing Lin an offer they knew the Knicks would be hesitant to match, especially in that third year.  Anthony would be making $22 million that year, Amare $23, and Chandler $14.  That’s a lot of cash to be spent on three players.  Add in Lin’s contract, and the argument could be made that the Knicks were clearly looking forward to their financial status further down the line.

But Jeremy Lin isn’t a once in a lifetime player that should be passed up.  The guy brought the Knicks back from the depths of mediocrity, and for that month in a half, there was no bigger star.  He scored, he passed, the ball, he rebounded and did everything the Knicks asked of him.  Granted, his numbers dipped when a healthy Amare and Anthony returned, but whose numbers wouldn’t?  The guy still had the support of New York City and showed he could be a solid playmaker if he lowered his turnovers (which he proved he could do).

No, instead of building a team behind a young gun with nothing but upside, the Knicks have decided to see how their team matures moving forward.  Let me remind you that this is the same Knicks squad that has gone 1-8 in the playoffs in their last two appearances.  This is the same Knicks team that struggled to find an identity before Linsanity and the departure of former coach Mike D’Antoni.  And an aging, overweight Raymond Felton is supposed to fix it?  While I’ll admit Felton was solid, putting up career highs in his last stint with the Knicks, everyone knows what he’s going to provide.  Lin, on the other hand, is a wild card worth the first two years of his deal.  If he’s a bust with starter’s minutes spread throughout a full season, amnesty him or trade him.  You know he’ll have his suitors.

But instead of going with the potential blockbuster move that could have set the Knicks up, they decided to stand pat due to petty grudges and a suddenly-sensitive wallet.  I’ll admit, adding Jason Kidd and Marcus Camby will add depth to a Knicks bench that could definitely use it.  Hell, more minutes for J.R. Smith now that Landry Fields is gone could bolster the team’s productivity too.  But the Knicks had an ace in their pocket that they didn’t realize until last spring, and what do they do?  They let him walk.

I’ll be the first to admit Jeremy Lin could be a bust this season.  He won’t have the superstars around him; instead, the second best player on this new-look Rockets squad is arguably Patrick Patterson, which will allow defenses to focus on Lin and limit his own productivity while putting pressure on him to create turnovers.  You can’t blame Lin for going where he could make money, but you also have to choice of destinations.  According to reports, the Dallas Mavericks were potential suitors at one point, and playing with Dirk Nowitski would be better than playing with a young rookie squad spearheaded by the arrival of Jeremy Lamb, Terrance Jones, and Royce White.

If Lin had simply reached out to the Knicks, I’m sure a deal could have been made considering how eager both parties were at the end of last season.  But instead, both went out, searched for alternatives on their own, and now find themselves in unenviable positions.  Granted the Knicks are still a playoff team, but until the regular season starts, they should be kicking themselves at letting a commodity such as Lin leave for nothing.