Is Shane Doan the most under-appreciated athlete in Arizona sports history? 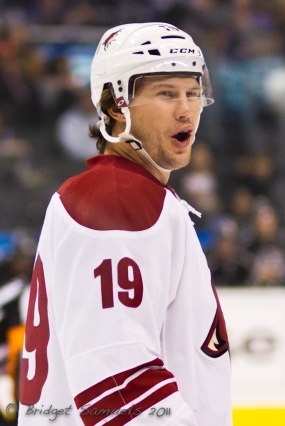 Phoenix Coyotes veteran Shane Doan has been in the Arizona desert for his entire 15-year career, but is he appreciated by fan in the Grand Canyon State? Photo by: Bridget Samuels / Flickr

What are the odds of Shane Doan being recognized if he walked into any random supermarket around Phoenix at any point between 1996 and 2011? I’m not sure, he’s a big guy, but you could find plenty of 6-foot-2, 220-pound bros at your local gym.  If you lined him up with Luis Gonzalez, Steve Nash, and Larry Fitzgerald, who do you think an average Arizona sports fan would gravitate to first?

Maybe at this point his popularity has increased incrementally, but over the past 15 years, given the amount of coverage the Phoenix Coyotes have received, I doubt Arizona fans have given Doan his proper due.

He’s the longest tenured professional athlete in Arizona sports today, and a last remaining member of the original Winnipeg Jets when they moved to downtown Phoenix in 1996, but I’m wondering how much he’s really appreciated overall. To give his time here some perspective, there are no current Expos with the Washington Nationals, and it’s been around seven years since that franchise moved from Montreal. You seldom get players to stick around in the same city for an extended period of time, and Doan has done it with the least popular franchise in Arizona.

How overshadowed has Doan been? Let’s think about the other three sports teams in Phoenix.

END_OF_DOCUMENT_TOKEN_TO_BE_REPLACED

Behind the scenes of the 2012 NCAA men’s basketball tournament 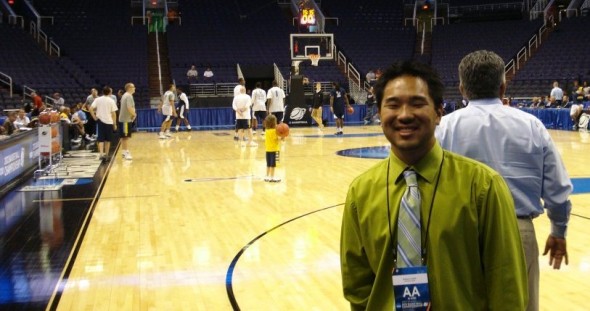 Couchsideshow.com blogger Stayson Isobe poses before a game at the NCAA men's basketball tournament in Tempe, Ariz. Isobe worked at the West Regional of the tournament, gathering quotes for the NCAA.

Last week, I was fortunate enough to have the opportunity to work the NCAA Men’s Basketball West Regional in Tempe and what an experience it was.

For those that don’t know, when I’m not moonlighting as a Couch Side writer, I work at Northern Arizona University as a graduate assistant in the media relations department as the Sports Information Director for the Lumberjack women’s soccer and men’s and women’s tennis programs.

This past fall, Arizona State, the host of last week’s West Regional Sweet Sixteen and Elite Eight games at the U.S. Airways Center, asked our media relations department if we would like to volunteer at the games and really who would turn down an opportunity like that? Well the four of us in the department as well as our assistant AD for marketing made the trip down to the Valley last Wednesday and I can’t lie, I was stoked (and again who wouldn’t be?) END_OF_DOCUMENT_TOKEN_TO_BE_REPLACED 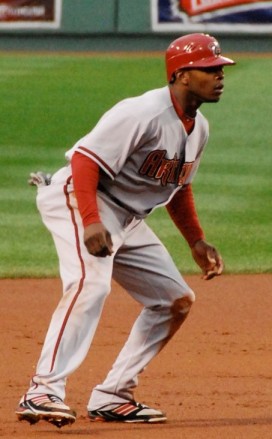 The 2011 Arizona Diamondbacks were one of my favorite individual teams ever to track and follow throughout the season; they provided everything you wanted out of an upstart, surprise team. There was an equal share of surprise pitching performances (Ian Kennedy), an emerging star coming into his own (Justin Upton), a fan favorite with a unique perk (“Tatman” Ryan Roberts) and a bullpen that saw significant improvement from the previous year. Their torrid streak starting somewhere in mid-May, along with some lucky breaks in the division (Rockies giving up on Ubaldo, Buster Posey breaking his ankle, and the Dodgers being financially incompetent) allowed for one hell of a ride. Of course, as many remember, it all came to an end in game 5 of the NLDS in Milwaukee as Njyer Morgan lined a J.J. Putz fastball up the middle, and thus a run at the World Series title was over.

This offseason, general manager Kevin Towers decided not to rest on his laurels and continue to improve an already good team in an attempt to make them great. Did he succeed in this? Let’s examine his most significant moves. END_OF_DOCUMENT_TOKEN_TO_BE_REPLACED

In part nine of Couch Side’s series of the best players in the MLB by position, I’ll take a look at the top five right fielders for 2012.

I grew up playing the undesirable position in legion baseball, but I never let position No. 9 ever bother me. It’s one of the most valuable spots on the diamond, which is why managers choose to place their strongest throwing outfielders in the right corner. Despite Ichiro’s raw fielding ability, the Seattle Mariners never really thought bout placing him in center to chase down balls. His cannon was to valuable. It’s a position that may not get a lot of hype, yet we can never question it’s importance.

Here’s five right fielders in Major League Baseball who show us just how vital right field can be to a big-league club. 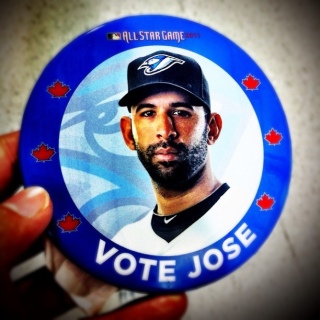 When will teams start pitching around this guy? It had better be this year or MVP voters may want to give Jo Baut a little more love. Last season, the 31-year-old set a career high in batting average (.301) while smacking 43 home runs and 103 RBI. In 2010, he easily led the league with 54 homers and 124 RBI. To say the least, this guy is now just entering his prime and he’s doing it loudly. Bautista’s power numbers are somewhat unmatched. Not a single player has belted at least 50 home runs during the past two seasons and maybe only a couple have reached the 40-home run plateau last season. I expect nothing but great things in the future from Bautista. And if he ever gets on an actual contender, his numbers should only improve with more protection in the lineup.  END_OF_DOCUMENT_TOKEN_TO_BE_REPLACED

As part of The Couch Side’s MLB positional power rankings, we turn to Centerfield, arguably one of the more important positions in the game.

But first, here is my 10-6 to build anticipation

Now onto the cream of the crop, the five best centerfielders in the game right now.

The Braves leadoff hitter split time between Houston and Atlanta last season, and he still led the NL in stolen bases with 61. He’s a fantasy goldmine, simply put. He has two gold gloves in his short career, and rates favorably with his defense. What is he expected to achieve this year? The projection model ZiPS has him hitting .270 with 97 runs scored, and 56 stolen bases. I’ll take that, you’ll take that, and we’ll all take that. 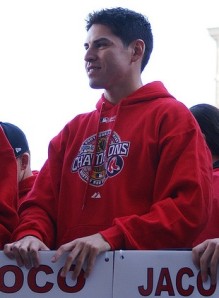 This was a tricky one; Ellsbury in 2011 had a near MVP season at the dish, only to have his teammates do their best to sabotage those efforts, which they did. Assuming the Red Sox won’t self destruct with a montage of alcoholic behavior, and unhealthy food choices, they’ll be back in the postseason, and so will the 4th best centerfielder in baseball. Jacoby had a herculean spike in power last year. The HR totals from his first four healthy seasons look like this,

That’s pretty remarkable, almost Jose Bautista-like. The question of whether or not he has a season close to that production remains to be seen, but it would be hard to believe that his peripherals would enable him to improve on such a feat.

END_OF_DOCUMENT_TOKEN_TO_BE_REPLACED 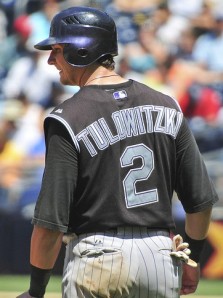