We told you we would be back! Couch Side, the podcast, returns for it’s eighth episode. Host Wade McMillin and fill in host, Phil Quick (no pun attended) hit the latest NFL headlines hard. Listen to the Phil’s debut with Wade as the dominant duo discuss Peyton Manning signing with the Denver Broncos, Tim Tebow’s trade to the Jets, the New Orleans Saints Bounty Program, Chipper Jones’ retirement, Michael Bush signing with the Chicago Bears and the Sweet 16 of the NCAA men’s basketball tournament. Click below to download or stream Couch Side the podcast … 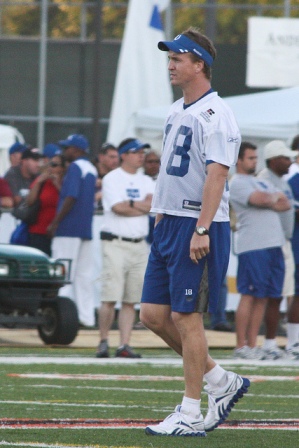 Throughout Tuesday morning, after Peyton Manning signed a $96 million deal with the Denver Broncos, tons of people have been lighting up FaceBook with heaps of opinion on Manning coming in and Tim Tebow about to be on his way out.

Being that most of my friends on FB are from Wyoming, a lot of them are Broncos fans and say it’s time to win. And of course, with a skilled veteran as their new man under center, they’ve forgotten that’s exactly what Tebow helped them do last season. I have been a Tebow fan since about half way through his senior year of high school becuase I am — above all — a Florida Gator fan. And this treatment, this disregard for a guy who guided the Broncos to the playoffs last year sickens me.

I understand it’s one thing to be happy about Peyton Manning coming into town, but it’s another to forget the past and the man who somewhat was responsible for turning the Broncos around last year. So a lot of people have asked me what I think about Tebow. I’ve also had to put some of these haters in check. Here is a few of my FaceBook conversations and wall posts (excuse the grammar) since the Manning deal went down:

• The latest: I’m wearing a Tebow jersey today. A Florida Tebow jersey. And I just want to say to all the Broncos fans, congrats on getting your guy, but don’t drag Tebow through the mud. He got a pretty pathetic team into the playoffs and then literally had his best game of his NFL career in a victory against the AFC champions. Show some appreciation instead of saying oh now we’re going to the Super Bowl. He’s just one player. And the Donkeys don’t compare to the Colts teams that Peyton had. Let’s not forget, too. Little brother has more rings, and Peyton has lost more under pressure in the Playoffs than he has won. Broncos fans and NFL fans alike make fun of his relationship with God, and now they act like Peyton Manning IS God. Give me a break.

END_OF_DOCUMENT_TOKEN_TO_BE_REPLACED

Manning signs with Broncos: So what’s next for Tebow?

It appears quarterback Tim Tebow‘s time in the Mile High City is over after the Denver Broncos signed perennial Hall Of Fame gunslinger Peyton Manning on Monday morning.

With a new quarterback in place, it’s very unlikely Tebow will be with the Broncos by the time training camp rolls around. In fact, it’s almost a certainty that the former Heisman Trophy winner will be dealt very soon. ESPN football analyst said the latest rumors surrounding Tebow is that he could wind up as a New England Patriot. Those rumors surfaced before the Peyton Manning deal. Now it’s known — league wide — that Tebow is on the trading block. Enter the Miami Dolphins. After the Dolphins lost out on free agent quarterback Matt Flynn, the franchise is screaming it needs a new QB loudly.

With the rumors still swirling out there in cyber space, Couch Side will entertain the idea of Tebow as a Patriot or a Dolphin:

TEBOW AS A PATRIOT 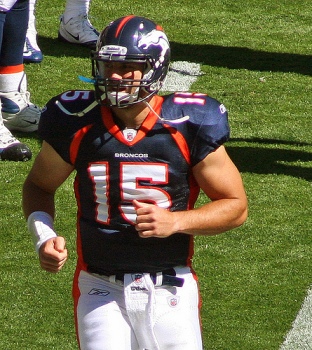 • Under a legend: The best thing for Tebow’s development is for him to sit behind an experienced starter for a few years. And who would be a better mentor than two-time league MVP Tom Brady. Now don’t get me wrong. Tebow would also reap the benefits of being Manning’s backup. It just seems the Broncos and coach John Fox want nothing to do with the former Florida star, however. So there’s a very good chance that Tebow could wind up in New England via a trade. The Patriots have a boatload of picks and I could see them giving the Broncos a fourth rounder in this year’s draft for Tebow. The trade would be a great long-term investment for the Pats and ultimately it could even create a healthy battle for New England’s No. 2 spot between Tebow and former Arkansas standout Ryan Mallet, who the Patriots drafted in the third round last year. We all know Brady has perhaps five or even six years left before he is ready to call it quits. And it would be silly to think he won’t end his career as a Patriot. And if Tebow sticks around for that entire time with Brady and the infamous Patriots coaching staff, he will be a much better player because of it. And once Brady retires, Tebow may finally be that QB everyone expected him to be. I guarantee his mechanics will only improve with Brady’s guidance. And as a Tebow fan, I’ve always wanted to see him sit behind a crafty veteran. Tom Brady is just that. END_OF_DOCUMENT_TOKEN_TO_BE_REPLACED

Arizona Cardinals quarterback Kevin Kolb will enter training camp with a chip on his shoulder after a disappointing season in 2011. Photo by: Lehigh Valley, PA / Flickr

I’m sure you are aware of the news that your team, the Arizona Cardinals, are no longer in the running for the services of Peyton Manning. That revelation came to disappointment for many Red Birds fans alike, but probably came as a relief to you.

Take the news with a grain of salt, because it says something about you too.

Sure, you were injured for most of last season because your offensive line was like a swinging saloon door at the entrance to an Old West tavern. And yeah you had a miniscule off-season to learn, understand and execute a new offense.

But signing that massive contract extension put a target on your back to perform well when you were physically able to and you did not come through.

Now with this Manning frenzy, the Cardinals were thinking of cutting you if they were to land the future Hall of Famer. Well, they did not and Manning is down to two other teams.

Now is the time to get down to business and prove to the fan base that you are an NFL-caliber quarterback. Your 58 percent completion rate, nine touchdowns and 1955 yards in 2011 are not enough. Neither is your 3-6* record as a starter (the asterisk is because you were knocked out of one game very early and your team still won).

When you come up to training camp this summer, you better have a huge chip on your shoulder. END_OF_DOCUMENT_TOKEN_TO_BE_REPLACED

After about a month away from the microphone, Couch Side hosts Wade McMillin and Craig Paul are back for another sports-packed podcast. This week’s episode is all about NFL Free Agency, the NBA Trade Deadline, Chipper Jones, Syracuse basketball and Greg Oden. Click Below to Listen to the Couch Side Show podcast, now on iTunes. Don’t forget to subscribe.

In this week’s episode, the gang debates if Jeremy Lin can keeping it goin, the Charlotte Bobcats, the possible merger of the Mountain West conference, Randy Moss returning, where Peyton Manning is headed and the latest in the UFC. Couch Side also welcomes special guests Andy Paul and Todd Jackson. Click Below to Listen to the Couch Side Show podcast, now on ITunes. Don’t forget to subscribe.