Predictions are a great waste of time. They provide opportunities for petty arguments that will last from now until the end of time, now that the season is on our doorstep, it’s time to prophesize the 2012 winners and losers. 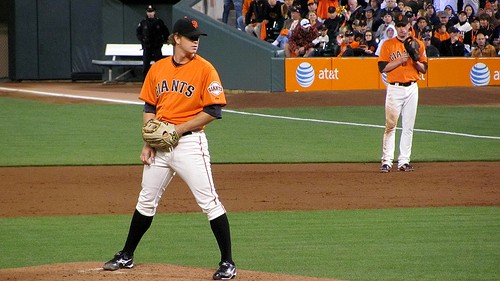 • Reasoning: The slightly biased Dbacks fan in me is fearful of a regression by the Snakes. After a modest overachieving season in 2011, whereas the Giants lost all semblance of offense in the stretch run, San Francisco is expecting a full season of superstar Buster Posey, along with the best starting staff west of the Mississippi. A normalized progression of events along with an improved Rockies bunch will make this west particularly wild.

• Reasoning: In all honesty, you can interchange the top three teams in the central, and you’d have a legit chance of making bank in Vegas. The Cardinals lost first baseman Albert Pujols, but they come into the season with a strong team, and ace Adam Wainwright as he returns from Tommy John surgery. The Reds had a busy offseason where they traded for the solid Padre Mat Latos, while signing closer Ryan Madson who is now out for the season. To sure up the back end of the pen, they acquired underrated lefty Sean Marshall, who will see plenty of end game action. And not to forget, they just resigned the premier first basemen in the NL in Joey Votto, who will be in Cincy for years to come. What’s wrong with the Brewers? Not much, I’m having a hard time pegging their success; they are returning the same roster minus Prince Fielder and adding Aramis Ramirez. Aside from that, the pitching staff is still very good, but for some reason, the Cardinals still feel like the team to beat in this division to me. Oh, and let’s not forget they are the reigning World Series champions. END_OF_DOCUMENT_TOKEN_TO_BE_REPLACED