Sidney Crosby, a former Stanley Cup champion and MVP, returned to the Pittsburgh Penguins with a full practice on Monday. Crosby has been out since Jan. 5 with concussion symptoms and neck injuries. 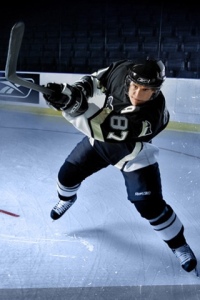 Little did Crosby know that the hit he sustained during the 2011 Winter Classic and the hit the game after would affect his career tremendously. During the 2011 Winter Classic, Dave Steckel accidentally collided with Crosby. Then, instead of sitting out the next game against the Tampa Bay Lightning, Crosby decided to play. Probably not the smartest thing to do, playing with concussion-like symptoms. During the game, he took a hit from behind into the boards from Tampa Bay’s defenseman Victor Hedman.

“I didn’t like them,” Crosby told reporters about the two hits, “you talk about head shots and dealing with them, that’s been something that’s been a pretty big point of interest from general managers and players.”

Taking both of those collisions gave Crosby a severe concussion, causing him to skip the next few games.

Few knew these hits would impact his career a year later. During the Penguins’ game against the Boston Bruins on Dec. 5, 2011, Crosby took another hit, which made him sit out with another concussion.