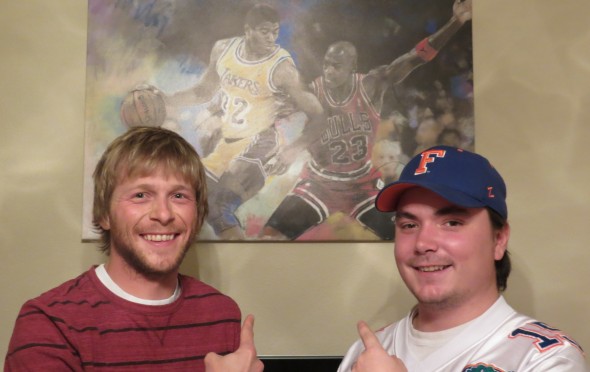 Couch Side’s usual trio of Wade McMillin Craig, Paul and Sean Schoonover take on sports topics including, the AFC and NFC Championship,  the best All-Star festivities in sports and MLK Day in this week’s show. Click below to start streaming, downloading or subscribing to the Couch Side Podcast:

•  Click here to stream the Couch Side Podcast Episode 43: All-Star Roundtable, via our host site, TalkShoe

Finally after a regular season that was dominated by explosive offenses and record-breaking performances, the two teams headed to the NFC Championship proved that a defense that will smack you in the mouth still prevails in this league. Both the 49ers and the Giants seemed to face an uphill battle coming into the weekend, faced with the task of attempting to slow down two of the NFL’s most unstoppable offensive attacks. The Packers and Saints, led by the league’s top two MVP candidates in Aaron Rodgers and Drew Brees, were the two highest scoring teams during the regular season and two of the top three in total offense with the other being the Patriots.

Patrick Willis and the San Francisco 49ers defense stepped up against the New Orleans Saints in the NFC divisional round of the NFL playoffs. Photo by: Rajiv Patel

Brees was the orchestrator of New Orleans’ attack, breaking Dan Marino’s 27-year single season passing yards mark this season, and was coming off a postseason record in regulation of 466 yards last week against the Lions. Rodgers on the other hand, showed pinpoint accuracy throughout the season as evidenced in his 45-6 touchdown to interception ratio, leading the Packers to the top seed in the NFC with a 15-1 record.

But on this weekend, neither would advance to the NFC title game. Instead, the 49ers and the Giants ramped up their defense and slowed down these two offensive assaults enough to make a statement. The two teams combined to force nine turnovers and produced seven total sacks of Rodgers and Brees.