A Race to the Finals: Couch Side’s NBA second round playoff predictions

Despite being a few upsets in the first round, it’s hard to call my first round predictions a failure. Who saw Derrick Rose and Joakim Noah getting injured in similarly gruesome fashions? Who knew a Memphis Grizzlies squad that impressed everyone last year would get upended by the up and coming “Lob City”? Not this guy.

Still, now that we’re onto the second round, we’re starting to see some contenders truly hit their stride, and some others happy to be here. Without further ado, here are some picks for the second round of the NBA Playoffs.

• Writers Note: I understand two games have already been played in the second round, but in my defense, I wished to wait until the first round wrapped up before writing up this article. After all, it was pretty easy to miss out on the openers when there were two Game 7s to be had.

Honestly, this is not the matchup anyone expected coming out of the first round. First of all, everyone thought Rose’s injury-prone season would be refreshed in the playoffs against a very sloppy 76ers team that was lucky to make the playoffs. Secondly, even without Rose, the Bulls managed to ride a wave of success during the season, earning the best record in the conference over much healthier squads. People forget Richard Hamilton was hurt a lot too, which forced Luol Deng and the Bulls’ front court to respond accordingly, and time and again, they did. 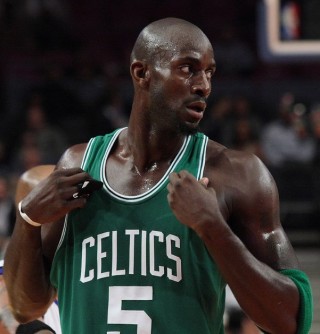 Does Kevin Garnett and the “old man” Celtics have what it takes to reach the Eastern Conference semi-finals again? Photo by: Michael E. Lee / Flickr

Just not in the first round against a 76ers squad that seemed to finally get back on track. Spencer Hawes and Elton Brand were beastly down low without Noah there, and Jrue Holliday, Evan Turner, and Andre Iguodala all proved to be too much for a severely limited Bulls backcourt. The Celtics, on the other hand, struggled more than I thought they would in the first round, but still came out triumphant despite a brief Rajon Rondo suspension and an injury to Ray Allen. Kevin Garnett is playing like “The Big Ticket” of old, and it’s hard to see anyone stop this squad, especially after a comeback performance in Game 1 this past Saturday.

The 76ers have showed glimpses this postseason of what they were earlier in the season, but against a veteran team that finally seems to be hitting their stride, it’s hard to see them winning the series. I expect a close series just because the Celtics’ legs will have to get tired at some point, but in the end, the Celtics are just too much for a team who have no place being in the second round.

Men (and women) in Tights: A Rundown of WrestleMania 28

Although it remains a sort of cultural taboo, no one can deny the buildup to WrestleMania.

And while it’s not on par with the Super Bowl or any other championship game (or series), WrestleMania one-ups its opponents with sheer star powers. For example, people may not know what the Royal Rumble is, but they’ve definitely heard names like “Stone Cold” Steve Austin, Hulk Hogan, and even Dwayne “The Rock” Johnson.

It’s only fitting then that The Rock is making his in-ring return to pro-wrestling this Sunday, April 1st for WrestleMania 28, emanating from Miami, Florida. The event is being dubbed as the biggest and best wrestling pay-per-view in history, so read on for a list of WrestleMania 28 predictions from Matthew Vinsko and Brett Murdock, two (sort of ashamed) wrestling fans: 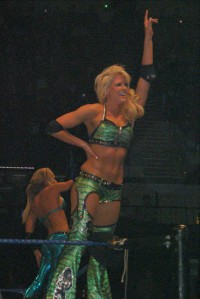 • Matt: Now I’m not saying this Divas match is going to open the show, but I figure we should get rid of it early in our predictions. Maria Menounos, host of TV’s Extra, is stepping in the ring for her first real match while teaming up with former Divas Champ, Kelly Kelly. Beth Phoenix has been on a roll lately, and Eve Torres’ recent heel (bad guy) turn makes this match more compelling than it should be, but considering Snooki competed, and won, at last year’s event, it’s hard to imagine the WWE bringing in a celebrity only to have them lose. Phoenix and Torres deserve better than this, but I doubt they’ll get it on “The Grandest Stage of them All.” Expect retribution come Monday Night Raw after a humiliating loss to a Diva with two first names and a current Dancing with the Stars competitor.

• Brett: It’s unfortunate that the WWE is resorting to having the host of Extra step into the squared-circle, especially when it is going to overshadow the Divas champ in Phoenix. This is a fairly easy match to predict because at WrestleMania, celebrities will ALWAYS go over — just look at Snooki‘s appearance at last year‘s event. This will not be a technically-savvy match as those days are long gone with the current Divas division being more about looks and glamour than actual grappling. This match should occur in the middle of the event, so it is an opportunity to relieve your systems more than anything else. My hope is here is that after the match, Kharma — the new dominating force in the Divas division — comes out and destroys them all. 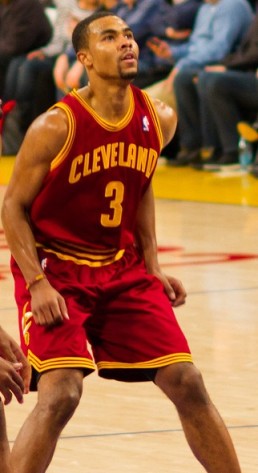 December, 2011 was a time to rejoice for basketball fans. After 161 painstaking days, basketball was set to commence on Christmas Day with a plethora of games set to kick off the NBA season in style. What wasn’t to like?

But December wasn’t pleasant for Lakers’ fans. No, I’m not talking about the opening day loss to the Bulls in a nail biter; I’m actually one of the few people proud of the Lakers for putting up that much of a fight against the reigning MVP without Andrew Bynum. What made opening day sour for many a Lakers’ fan was David Stern’s controversial overruling of a three-team deal that would have ultimately landed Chris Paul, arguably the best pure point guard in the league, in the same backcourt as ‘The Black Mamba,’ Kobe Bryant.

That was OK, though. For the most part, the same team that won back-to-back titles was intact, albeit two years older.

But it wasn’t OK for Lamar Odom, who was shipped to the Dallas Mavericks for a first round pick in order to clear up salary cap. Odom, apparently the sensitive type, couldn’t stand the thought of being included in the trade that would have sent Paul to L.A. Trading the reigning Sixth Man of the Year for a draft pick can be excused considering the Lakers’ salary cap issues with regards the luxury tax. Financial woes aside, the 2012 draft is already being considered one of the deeper drafts in recent history, so no harm, no foul, right? END_OF_DOCUMENT_TOKEN_TO_BE_REPLACED