Look out … because here comes the Suns

The Phoenix Suns have been one of the hottest teams in the NBA after the All-Star break. The Suns are 11-5 since the break, but have lost three of their last five. Should fans begin to panic? Couchsideshow blogger Wade McMillin says no! Photo by: Dr. Coop / Flickr

Coming into the shortened 2011-2012 season, it didn’t seem like the Phoenix Suns would be the relevant.

Just one look at the team’s depth chart raised question of if these “old guys” could hang with the young legs of other NBA teams. I’ll admit, I wrote off the Suns when I heard Grant Hill would return as a starter and from Phoenix’s lack of offseason moves. Now, I’m not completely wrong as of right now.

If the playoffs started tomorrow, the Suns wouldn’t be dancing. But I may be eating my words in the next few weeks. Phoenix is somewhat taking the league by storm right now, posting one of the best records, so far, after the All-Star break. So I’m not a hater of the Suns anymore and residents of the desert can finally love a team that looked doomed at the beginning of the season.

After I heard that Phoenix is starting to impress, I asked myself, how? The Suns didn’t make any trades at the deadline and pretty much have the same roster they owned at the beginning of the season. And although they still look “old” on paper, it’s that veteran experience, led by coach Alvin Gentry, that has them playing with heart.

I’m not a part of the Suns’ locker room and I won’t pretend to know why this squad is playing the best basketball out of all their Western Conference counterparts right now, but I would like to believe it’s more than just having a favorable home schedule right after the All-Star break.

END_OF_DOCUMENT_TOKEN_TO_BE_REPLACED

Whatever happened to Bismack Biyombo?

Despite consisting of relatively weak collegiate basketball talent, the 2011 NBA Draft class still had its share of skill and potential. 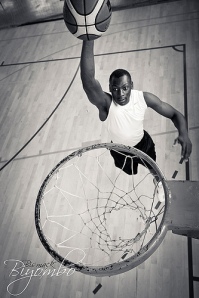 The Charlotte Bobcats spent the seventh overall pick of the 2011 NBA draft on Bismack Biyombo of the Congo. The power forward hasn't made an immediate impact though, averaging a little more than two points and rebounds per game. Photo by: nattydreaddd / Flickr

There was Kyrie Irving, the 19-year-old freshman point guard from Duke who only played 11 games but still managed a stellar stat line of 17.5 points per game, 53% field goal percentage, and 3.4 rebounds while averaging  27.5 minutes per game. There was the highlight reel small forward Derrick Williams, who powered the University of Arizona to the Elite Eight with his strength, effective inside game, and versatile shooting abilities. There was the shooting maestro  Jimmer Fredette, BYU’s virtually unstoppable guard who averaged a miraculous 28.9 points per game and who was named the 2011 national player of the year by the majority of the influential sporting publications.

As sports fans, we have been constantly hearing about how these collegiate stars have been performing on the professional level. Irving got off to a slow start but is beginning to steady himself; Ricky Rubio to Derrick Williams is becoming a potent offensive combination; Markieff Morris is providing some toughness and defense to the offensive minded Phoenix Suns, etc etc. Yet whatever happened to Bismack Biyombo, the polarizing Congolese power forward whose defensive abilities were being hailed as top-notch?