Time for Tony Parker to be considered elite

I figured this would be a great time to bring up the fact that Tony Parker is one of the best point guards in the NBA. Why now you might ask? 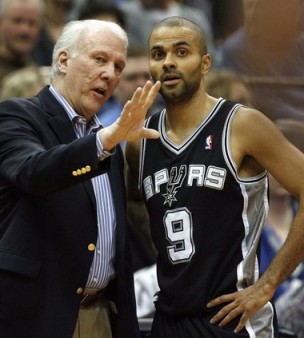 The Spurs just lost their first game in the playoffs after winning 20 straight overall and Parker struggled to get anything going at all in Game 3 against the Thunder. Well, let’s remind ourselves how much of a rarity this is. Even in this “terrible” game for Parker he still managed 16 pts on 50% shooting. However, the Spurs were finally outplayed in the postseason and a big reason it took so long has been the steady play of Tony Parker throughout the entire season.

I’ve always loved Parker’s game throughout his career (I always wondered why he was rated so low in all of the 2K games!) and always thought he was right up there with the other elite point guards in the league. After this year and his total performance in the playoffs, it’s time for him to be considered as a top PG in the NBA. END_OF_DOCUMENT_TOKEN_TO_BE_REPLACED