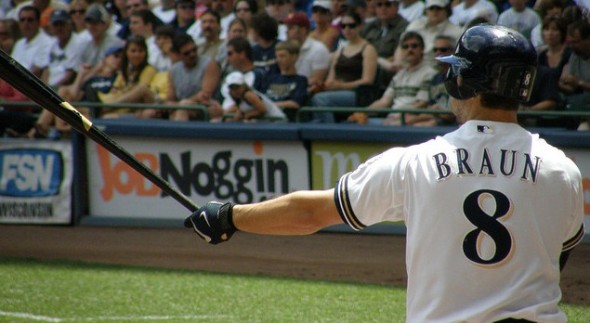 END_OF_DOCUMENT_TOKEN_TO_BE_REPLACED

Couch Side Podcast Episode 50: Half Way To One Hundred

The Couch Side podcast reflects on 50 episodes of greatness in this week’s show.

Couch Side hosts Wade McMillin and Craig Paul are overjoyed this week with their accomplishment of finally reaching 50 episodes of the podcast. Im this week’s episode, the hosts talk everything Couch Side, including website and podcast-download statistics, how far the show has come and what’s in store for the future. They also talk sport with special guest Sean Schoonover, breaking down the NCAA tournament. This is one show you won’t want to miss. Click below to start streaming, downloading or subscribing to the Couch Side podcast:

•  Click here to stream the Couch Side Podcast Episode 50: Half Way To One Hundred, via our host site, TalkShoe

• Click here to download the Couch Side Podcast Episode 50: Half Way To One Hundred, via our host site, TalkShoe

Is Drew Stanton the answer at QB for the Arizona Cardinals?

The Arizona Cardinals have been searching for their quarterback of the future ever since Kurt Warner retired following the 2009 season.

Stanton was Andrew Luck’s backup with the Colts last season. Arizona head coach Bruce Arians knows Stanton well and Stanton knows Arians’ system from being together in Indianapolis last season. Is it a perfect fit?

“They need to find an answer at this position,” Stanton told azcentral.com. “I want to be that answer. I’m going to do everything in my power to be that answer, and given that opportunity, I feel like I can.” END_OF_DOCUMENT_TOKEN_TO_BE_REPLACED

Like shortstops are to the infield, center fielders are the captains of the outfield. Players in the middle of the deep grass have a special skill set like no other spot in baseball. Usually, they have the best wheels, an uncanny defensive ability and an above average arm. Centerfield calls for some of the best players in the game.

This season there is no lack of talent in the middle of the outfield. While some of the older players have moved to corner outfield positions, it seems like a new generation is trying to make its name in centerfield. Mike Trout was a prime example last season and trust me, he’ll be high on this rankings list. But there still is a few unknowns, so here is Couch Side’s official top 10 center fielder of 2013:

10. Chris Young, Oakland Athletics (.231 BA, 14 HR, 41 RBI, 1.9 WAR): This could be the worst pick I’ve made while doing these fantasy baseball rankings, but Chris Young still shows some serious potential. The new change of atmosphere could benefit the 29-year-old as he should see a lot of at bats. Although Coco Crisp will be in this lineup, Oakland likes to shake things up a lot and I think Young will find a promising role this year.

9. Denard Span, Washington Nationals (.283 BA, 4 HR, 41 RBI, 17 SB, 4.8 WAR): I was extremely surprised that Span wound up with the Washington Nationals. However, it just may produce a career year for the 29-year-old as he still proves to be one of the best center fielders in the game. He is a perfect lead off hitter and the bottom of the Nats’ lineup is so good that he could score a lot of runs.

8. B.J. Upton, Atlanta Braves (.246 BA, 28 HR, 78 RBI, 31 SB, 17, 2.6 WAR): There’s a huge reason Upton earned an enormous contract with the Braves this offseason. Although he stikes out a lot, Upton is one of the best center fielders in the game because of his uncanny power, incredible defense and surprising speed.

7. Dexter Fowler, Colorado Rockies (.300 BA, 13 HR, 53 RBI, 2.6 WAR): It’s weird that Fowler isn’t a speedster, but he definately makes up for it in plenty of other areas. Last season, the 26-year-old set career highs in RBIs and home runs. If he cant repeat that performance this season, Fowler may make next year’s top five. Obviously, Colorado believes in that after giving Fowler a contract extentison in one of their very few moves this offseason.

6. Adam Jones, Colorado Rockies (.287 BA, 32 HR, 82 RBI, 3.4 WAR): By far, Jones had a career year last season. Don’t let that cloud judgements, though. One-year-wonders usually don’t last when it comes to fantasy baseball. Sure, he was a great player last season, but it was probably the first time he was more than a waiver wire pickup.

Many might think Bourn is the fastest center fielder in the game, but then came along Mike Trout. This 30-year-old is showing signs of his age. Yet, he set a career high in homeruns last year. Bourn’s power seems to be improving. He also always seems to get better on new teams. The Indians will be his fourth, so the potential for more career seasons could be waiting for Bourn. Plus, that speed is definitely still there.
END_OF_DOCUMENT_TOKEN_TO_BE_REPLACED 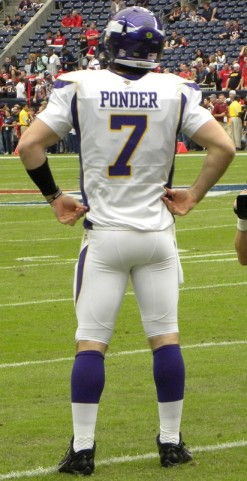 Minnesota Vikings quarterback Christian Ponder had some choice words for former teammate Percy Harvin after the wide receiver was traded this offseason. Photo by: Brit / Flickr

Seattle Seahawks wide receiver Percy Harvin got his way and was traded away from the Minnesota Vikings partly because of his reported feelings about his former quarterback Christian Ponder.

Ponder has wasted very little time stepping to the proverbial podium and letting it be known that he could care less what Harvin says, does or thinks. The Pioneer Press ran a variety of statements from Ponder that started off assertive but eventually became pretty direct. Ponder started off by stating that he and Harvin had a nice relationship and that since he did not hear the words come out of Harvin’s mouth, it didn’t matter much.

“The thing is, there’s no quote strictly from Percy that he was the one saying it,” Ponder said. “I haven’t put too much thought into it. If that was his opinion, that’s unfortunate. But he’s a Seahawk now, so it doesn’t really matter.”

That turned into  this.

“People have their opinions. There were things I could have done better (last season). But now that he’s on a different team, his opinion doesn’t really mean much.”

Ponder is right it doesn’t mean much now. This is especially in light of the fact that Harvin made it a point to thank Ponder’s predecessor Brett Favre at his intro presser with the Seahawks on Tuesday. There is obviously not a lot of love lost between these two. END_OF_DOCUMENT_TOKEN_TO_BE_REPLACED

Outfield has always been a crucial position in fantasy baseball leagues. From the outfield spot you can grab some of the best players in the league. When analyzing just right fielders, there are several big name players who may be selected ahead of projections because many of them are entering their prime, or due to potential. Here’s a look at my top right fielders this fantasy season.

If the right field class wasn’t so stacked, Bruce would be higher up.The 6-foot-3 lefty oozes potential. He’s hit at least 25 home runs since entering the league in 2010, with 34 last year. He knocked in 99 RBIs last year, and should improve on that. As he enters his prime, Bruce will be a 40 home run candidate, and a sleeper to lead the league in home runs. Be careful though, he’s a .255 career hitter who strikes out a lot and walks very little. Also, his career high in steals is just nine.