In part six of Couchside’s spring training previews, we take a look at baseball’s men at the hot corner. Whereas you didn’t find Miguel Cabrera in my top five first basemen, you’ll find him here, but you won’t don’t look for Jose Bautista’s name since he’s expected to play the outfield this season now that phenom Brett Lawrie is here to stay in Toronto. 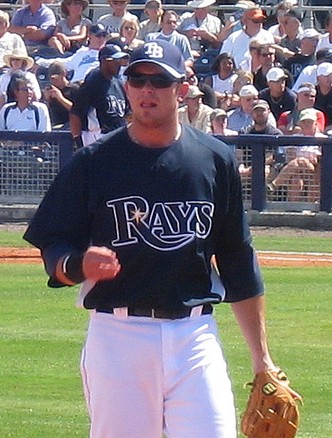 Longoria suffered an oblique injury that cost him all but the first two games in the month of April last season and never really got going. As a result, he hit a career-worst .244. However, despite playing in just 133 games, he did manage to crank out 31 homers, just two shy of his career-high, and walked a career-high 80 times. Not to mention that he had his best month of the season when it counted the most in September as the Rays made their push to overtake the Red Sox for the AL Wild Card, posting a .289 average with seven dingers and 22 ribbies while reaching base at a .454 clip. The two-time Gold Glove winner is one of the cornerstones for a Rays team that is a legitimate contender for the AL pennant this year and is poised for a huge season. Is it possible for a guy to have a breakthrough season if he’s already a three-time All-Star?

The only reason Miggy isn’t first on this list is the questions surrounding whether he can be adequate defensively at third base. The last two seasons that he played third base full-time (2006, 2007) he had a combined 40 errors, so the questions don’t come without some basis. But the guy has reportedly lost a ton of weight to prepare for his move across the diamond, and there’s no denying the bat that he carries to the plate. On this side of Albert Pujols, there may not be a more pure hitter than Cabrera. He is the reigning AL batting champ after a career-best .344 last season and has hit better than .292 in each of his eight full seasons in the big leagues. In addition, he’s also failed to hit 30 or more homers just once and has driven in at least 100 runs in each of those eight seasons while totaling no less than 177 hits. The guy will never be mistaken for a defensive wizard or a speed demon, but he’s as consistent as they come in the batter’s box, and one can only think of the offensive numbers he’ll put up this season regardless whether he hits in front or behind Prince Fielder. Can you say a second coming of the Bash Brothers?

Prior to last season, Beltre was known as the guy that performs best in contract years including his monstrous .334/48 HR/121 RBI campaign in 2004 when he was still a Dodger. Then Beltre put together his first 30 homer season since his career year in ’04 last season and may have finally put that perception to rest. In the first year of his six-year deal with the Rangers, Beltre hit .296 and swatted 32 balls out of the park while driving in 105 runs as part of the lethal lineup in Arlington. Oh and he also won his third Gold Glove of his career. He’s now reached the 20 homer plateau in five of his last six seasons and should continue to post excellent numbers within the Ranger lineup. As long as he stays healthy, which he was unable to do in 2011 playing just 124 games a year ago, he’s fully entrenched in the top-five third basemen and should post even better numbers in 2012.

Amid all of the Stephen Strasburg/Bryce Harper hype in the nation’s capital, Zimmerman gets somewhat lost in the shuffle. Of course part of it has to do with an injury-riddled 2011 season in which he lost two months due to an abdominal strain. The injury limited him to just 101 games and was the second season in four years that he was limited to less than 110 games (2008 being the other). Still, Zimmerman managed to hit .289 last season with 12 home runs and 49 RBIs in limited action. When healthy, Zimmerman has hit 20 or more home runs and driven in 85 or more runs in his four full seasons, so there’s no questioning his production or ability. This is a guy that was an All-Star and Gold Glove winner in 2009, his best season to date. The Nationals just signed him to a six-year, $102 million extension last week, so they’re banking on full, injury-free seasons from their third baseman to pair with Strasburg and Harper as the future in D.C. As long as Zimmerman can stay on the field, there’s no question he can regain his All-Star status.

It seems weird to leave the game’s sixth all-time leading home run hitter out of the top-five, but I’ll take the other third baseman in New York by a slight edge. Both Alex Rodriguez and Wright spent a chunk of time on the disabled list in 2011, but Wright’s stats mirror A-Rod’s despite playing in pitcher-friendly Citi Field. Wright hit only two fewer home runs and had one less RBI than his Yankee counterpart in 2011 in what was a disappointing season. His back issues really bothered him last season, but he’s just one year removed from a .283/29 HR/103 RBI season in 2010 and it wasn’t too long ago that he joined the 30-30 club in 2007 with 30 home runs and 34 stolen bases. With news that Citi Field has brought in their fences, it’s not inconceivable that Wright’s power could get back to the 30-homer level. His batting average has dropped by 50 points since his career-high .325 in ’07, but he still remains a career .300 hitter. Throw in the double-digit steals that he’s recorded in each of his seven seasons and all that appears to stand in the way of a bounce back year in 2012 is injury questions that’s cost him 81 games since 2009.