In part three of Couch Side’s 12 part series on the best position players going into 2012, we’ll take a look at what could be the deepest position in the MLB – first base. Although this is my top five, one guy you won’t see on the list is Miguel Cabrera, who is expected to move across the infield to third with the Tigers’ addition of Prince Fielder.

With that said, let’s take a look at my top five first basemen heading into the new season.

Former St. Louis Cardinal Albert Pujols landed Couch Side's No. 1 spot for the best first baseman in baseball after he landed a ground-breaking deal with the L.A. Angles this offseason. Photo by: Michael Noirot / Flickr

When a season consisting of a .299 batting average, 37 home runs and 99 RBIs, is considered a “down season,” you know you’re one of the game’s best. That was Pujols’ line from a year ago and it snapped his 10-year streak of hitting .300 with 30 home runs and driving in 100 runs. This season, Pujols moves out West following 11 seasons with the Cardinals fresh off his second World Series title, but nothing short of a “bounce back” season is expected from him. Pujols is a career .348 hitter in interleague play, so although the jersey may have changed, the colors haven’t and if there’s such a thing as a sure-bet, Pujols is just that. There’s a reason why he’s called The Machine. “El Hombre” or not, the Angels need their new $240 million acquisition to the man if they hope to reclaim their spot atop the AL West.

Until last year, A-Go had spent his previous five seasons in the spacious confines of Petco Park and still managed to knock out 32 dingers a season as a Padre. So expectations were sky-high moving to the American League where he could swat balls over the short right field porch at Fenway with that sweet lefty swing. Well, Gonzalez actually only managed to hit 27 balls out of the park, but in exchange he hit a career-high .338, more than 30 points above his previous career-high, and topped 200 hits for the first time. This year, the batting average might dip a little, but I expect an increase in his home run production between 30-35 in that murderer’s row that is the Red Sox lineup. Oh and he’s also won three Gold Gloves in the last four years, so there won’t be any Bill Buckner moments with this guy.

All hail the Prince. Well everyone except Pujols and Gonzalez among first basemen. Fielder, like Pujols, is switching over to the Junior Circuit after spending their entire careers in the NL Central, but don’t expect a decrease in production. For all that’s said about the guy’s weight, there aren’t many guys more durable than Prince who the skipper can count on penciling in every day. In the last three years, Fielder has missed just one game and he’s played at least 157 games in each of his six full seasons. The guy walks a lot, recording more than 100 free passes in his last three seasons, which definitely plays a part in him registering a .400-plus on base percentage in each of those three seasons. Prince can flat out mash the ball (have you seen him in the home run derby?) and regardless whether Miggy is hitting in front or behind him, Motor City fans will be treated to moon shots for years to come. 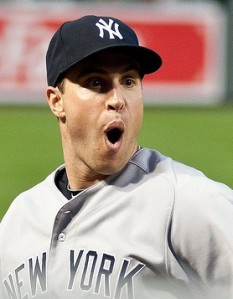 Want another superb defensive first baseman in the AL East? Look no further than Gonzalez’s counterpart in baseball’s most heated rivalry. Teixeria had his two-year reign as the AL’s best defensive first baseman snapped by Gonzalez in 2011, but he still has four Gold Gloves to his name. The only thing holding Teixeria back from the top-two is his poor batting average. His average has progressively dropped every season in the last four years from .308 in 2008 to .248 last year. While his average has dipped, his power numbers have not. Tex still managed 39 home runs last season, the eighth straight campaign that he reached the 30-homer threshold. Like Gonzalez, Teixeira is fully entrenched in a potent lineup, making life a living hell for AL East pitchers (anybody else feel sorry for the Orioles?) The guy is too talented to hit sub-.250, but even if he only gets up to the-.260-.270 range, many won’t rival his impact at the box and on the field.

Now that the King (Pujols) and the Prince (Fielder) has left the NL Central, the spotlight can finally shine on Votto, who not only becomes the royalty of the division, but also the entire National League. His production dipped a little last season from big 2010 season, but the Reds’ slugger still cranked out 29 homers and drove in 103 runs while batting .309. This season, the division is wide-open and some may consider the Reds to be the favorites. If they are to return to the postseason after a one-year hiatus, Votto will be the one leading the charge. For a guy that’s never hit worse than .297 in his career, he’s all but a lock for another .300, 30 home run, 100-plus RBI season. The scary thing is that he may not have even hit his peak yet. If you haven’t heard of him yet, be ready to hear a lot from this Canadian in 2012 now that he’s out of the shadows of his peers.